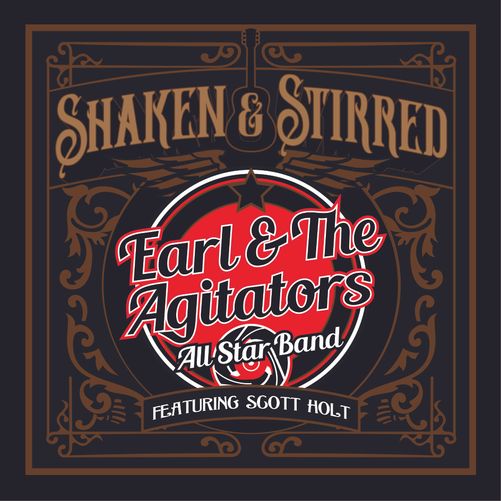 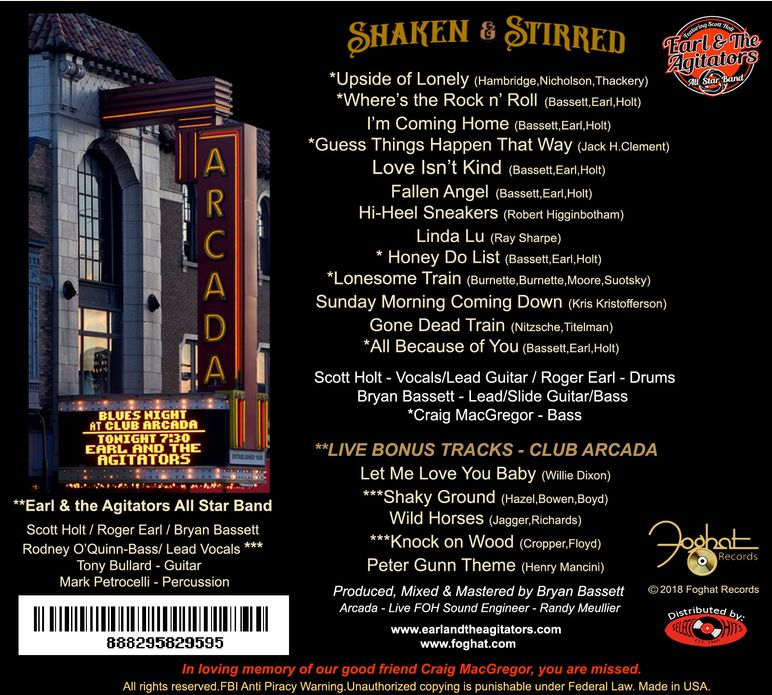 Rock n’ Roll, Blues and a dash of Country are being served “Shaken & Stirred” in the latest release by the ‘Earl and the Agitators All Star Band’. “Shaken & Stirred” (a follow-up to their 2016 self-titled EP) will be released on Friday, October 26th, 2018. Earl & the Agitators is the brain child of Foghat founding member/drummer Roger Earl, singer/guitarist extraordinaire Scott Holt (former 10-year Buddy Guy alum) and Foghat lead/slide guitarist Bryan Bassett. Rounding out the line-up for the live bonus tracks are Foghat bassist Rodney O’Quinn, guitarist Tony Bullard and percussionist Mark Petrocelli.

“This band was born out of a passion for American Music,” explains Roger. “Rock, Blues & Country. Scott Holt, who played with Buddy Guy, one of my musical heroes, for many years, channels this music with a joy and mastery of a seasoned pro. With his fireballing guitar and soulful vocals, we had a blast writing and recording!  And since we are all big Johnny Cash fans we also included a couple of his songs for fun. I love making music with Scott!”

“So, you're in a band and you have some friends that are in another band,” adds Scott. “You get together and hang out, writing and recording music. You share a love for old rock n’ roll, blues and country, so you jam on a Tommy Tucker tune and even take a swing at a Johnny Cash cut from the Sun Records days. You're having so much fun that you give it a name and even take it onstage! The recipe is simple; take your Chess and Sun 45's, throw them in a blender with a dollop of thundering drums, thumping bass and searing electric guitars...I'm pretty sure that's the recipe for rock n’ roll!”

Bryan also realized that EATA were on to something special, straight away. “Over the years of playing professionally I have come to recognize and appreciate musical chemistry. When you meet someone that you just hit it off with, both as a friend and as a musical collaborator, special things happen. And so it was when I met Scott Holt. Our instant chemistry for writing songs and the way we just naturally blended as guitar players lead to us having many tracks recorded for no other reason than we loved writing, playing and recording together. Roger and I have been comrades in arms for many years and now we had all these songs recorded and ready to go. That left us with a conundrum...what do we do with them? Well what we did was come up with a *fun name, ‘Earl and the Agitators’ and we decided to put the songs out there so our friends and fans could listen, and I hope like what we've come up with. It certainly was a great musical experience for Rog, Scott and I and all our fellow collaborating ‘Earls’.”

*One last note from Roger “whilst pondering over a bottle of Foghat Cellars Cabernet Sauvignon Bryan declared us ‘Earl & the Agitators” & that’s how we came to be!

And as seen/heard in this live performance of “Guess Things Happen that Way”, recorded at the Club Arcada in St. Charles, Illinois on March 15, 2018, this band takes their ‘chemistry’ to the next level as these musical worlds collide on stage (crank up the volume!)   https://youtu.be/R6AwgoPSnOo

Some GREAT photos by Stan Huber from our show at the Club Arcada in St. Charles, IL! 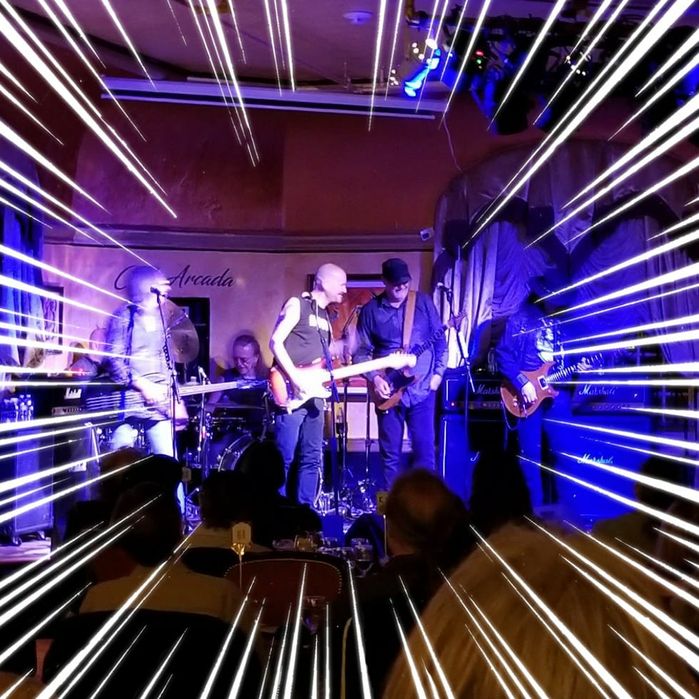 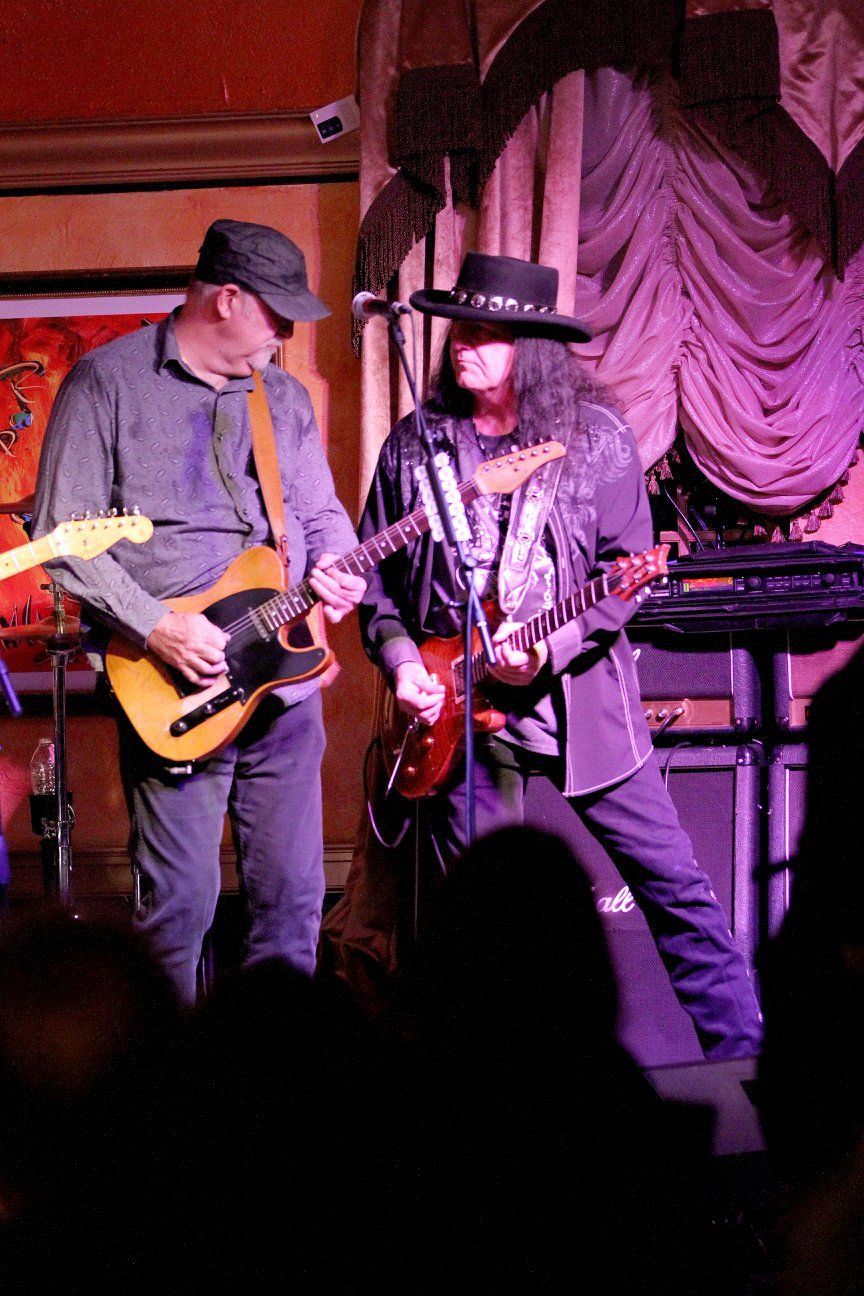 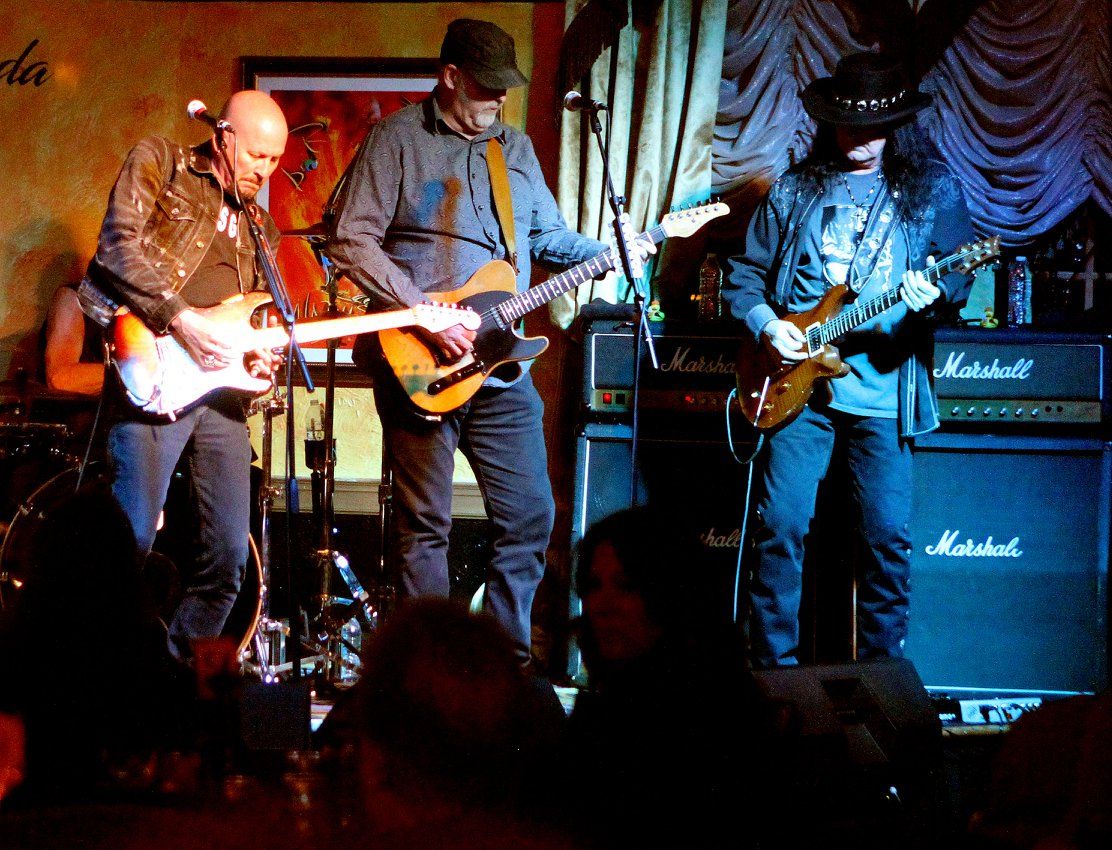 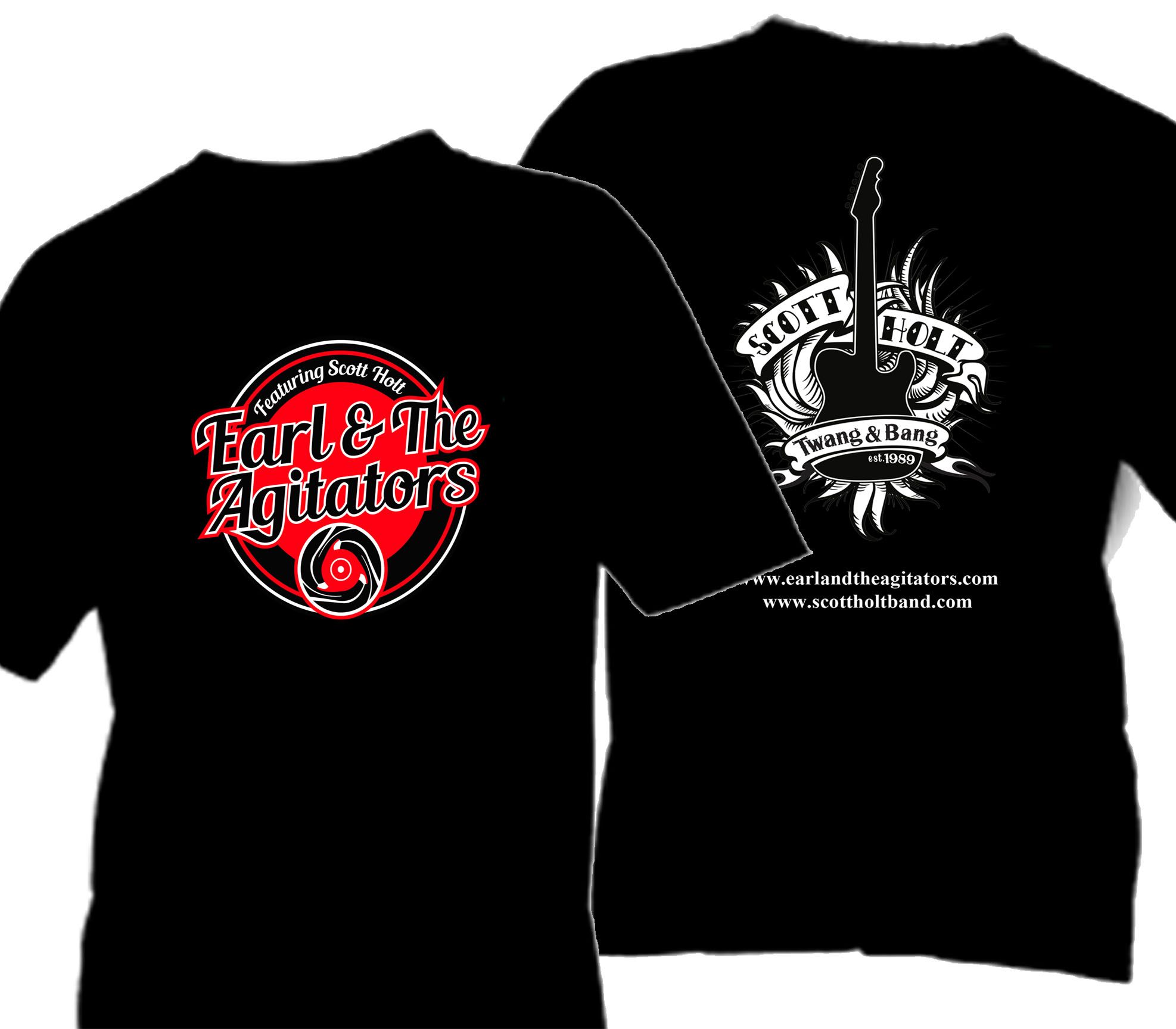